The study, the result of 2 years of intense analysis of 2100 km2 of lidar data by a team of international scholars with the coordination and support of Guatemala’s Fundacion PACUNAM, was published in the September 28, 2018 issue of Science Magazine. Among the study’s most surprising finds is Tikal’s and Naachtun’s urban sprawl extending beyond the expected 100 km2 area. The researchers also document massive amounts of agricultural infrastructure designed to mitigate soil erosion and optimize production, including extensive terracing and canalization of wetlands. The New York Times, the Washington Post as well as other science & technology outlets published commentaries by various experts. The paper is now listed by Altmetrics as among the top 1 % most viewed scientific articles since tracking began. The full study can be found here: http://science.sciencemag.org/content/361/6409/eaau0137 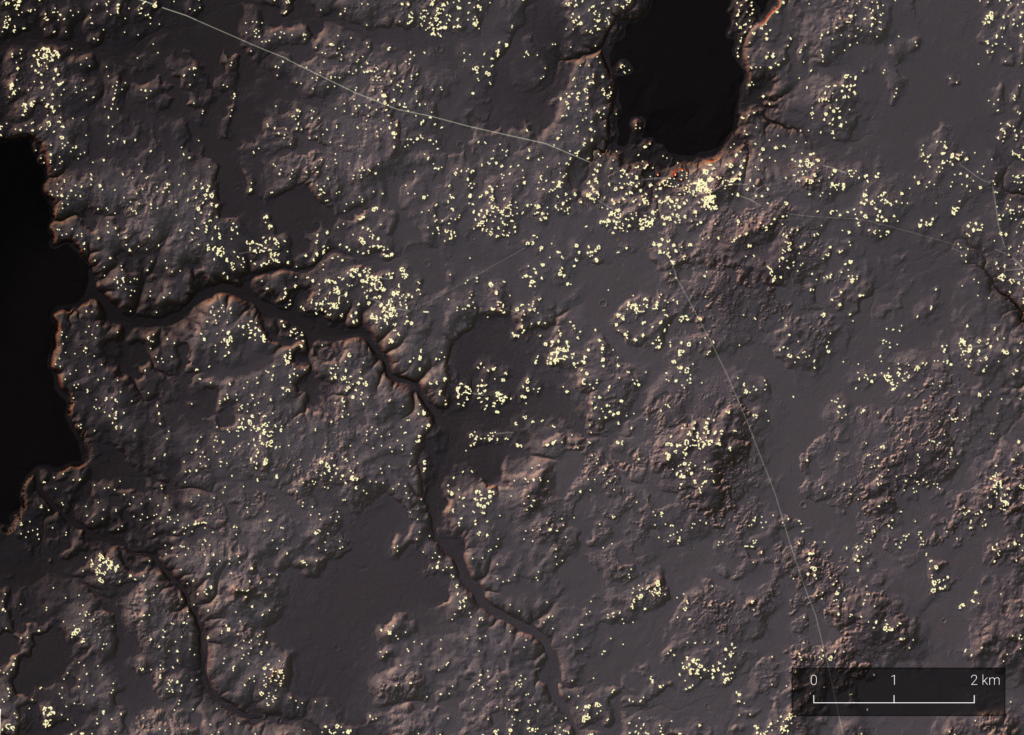 The Naachtun area was one of the densest and more extensive urban sprawls in the PLI lidar survey. Credits: Auld-Thomas/PACUNAM

This research was supported in part by the Maya Archaeology Initiative