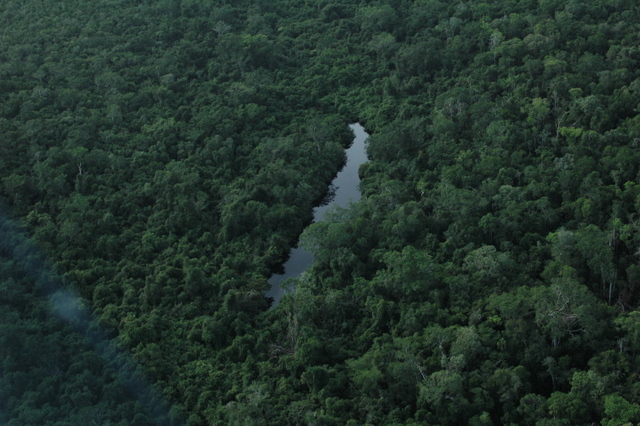 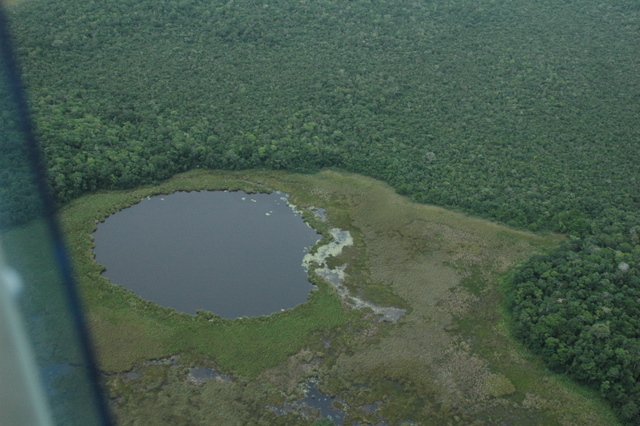 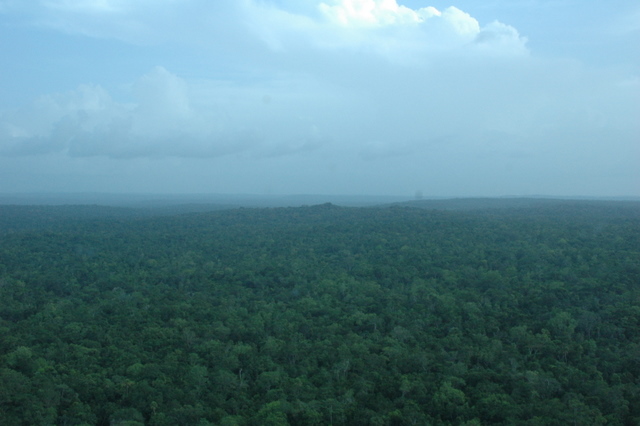 About 1/3 of the area is occupied by upland ridges and hills with tall open forest growth. Here, cedar, mahogany, manchiche, santa maria and many other species of hardwood and palm trees thrive providing habitat for the greatest diversity of fauna. About a dozen important archaeological ruins (ceremonial centers) have been documented in this area, representing one of the highest concentration of prehispanic settlement in the Peten. Most often upland slopes within reach of the wetland environment were settled by farmers. Maya temple and palace ruins occupied the widest hilltop areas. With their rubble vaults, tunnels and shady forest provide an especially attractive habitat for jaguars and their prey, as well as rare plants, orchids and bromeliads. Without a doubt the wetlands provided sustenance to the ancient settlers as well as to the local fauna. 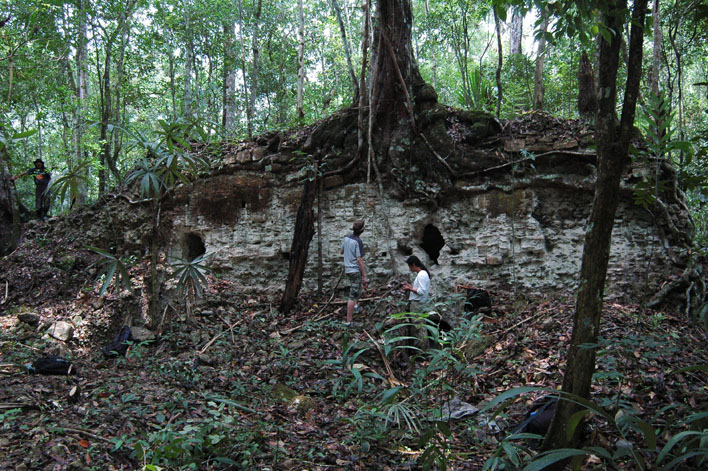 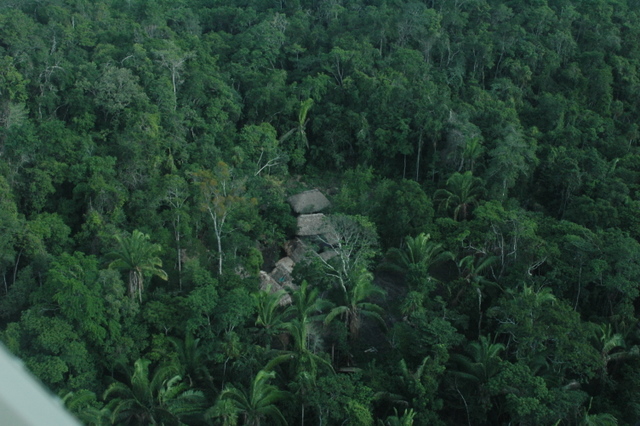 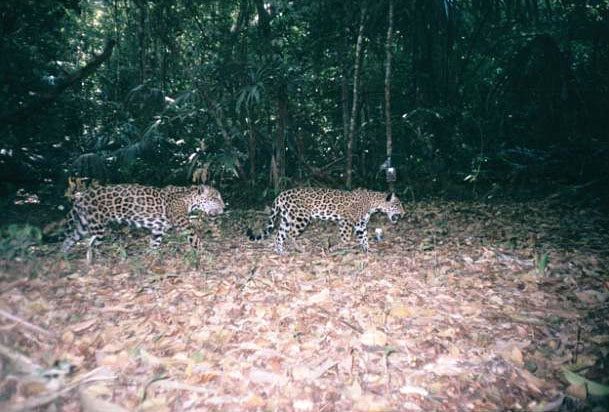 The Holmul Archaeological Zone is  situated within the Maya Biosphere Reserve. However it is currently not designated as park by government statute. It is instead part of the ZUM (Multiple Uses Zone) slated for forest harvests, including logging, and non-timber traditional products (xate leaf, allspice, ramon [breadnut], guano palm [roofing], etc.). Currently three different logging associations hold concession for harvesting timber in this area. While legitimate and sustainable, the timber harvest has the potential to harm the integrity of the unique habitats surrounding the archaeological sites. According to a recent 2009 census by Wildlife Conservation Society at and around Holmul, as many as 12 jaguars may be using this area as their roaming territory. 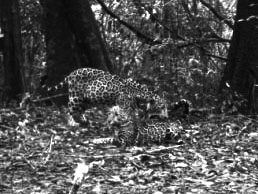 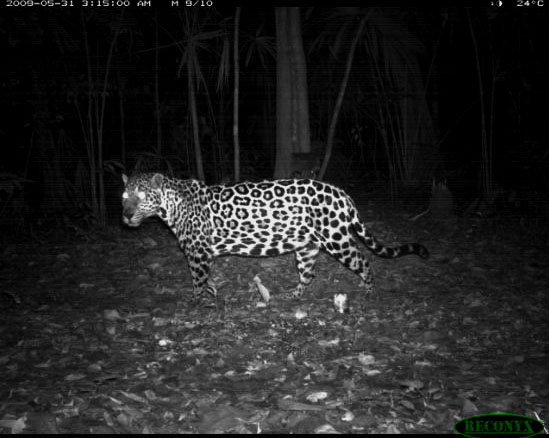 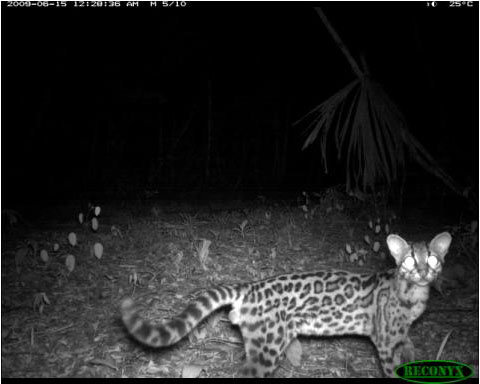 Tapirs, howlers and spider monkeys, deer, redd deer and peccaries also were documented by self-trigger camera during day and night time. This area is said to be one of the richest in biodiversity of all of Peten and is currently under threat. It is also one of the last remaining sanctuaries of open tropical forest fauna and flora in Central America. Its protection is crucial to the survival of endangered species as the jaguar as it is a corridor for seasonal movement from protected areas to the west (in Peten) and east (in Belize). According to WCS director Roan Balas much more should be done to ensure the survival of the unique habitats of endangered species in this important region. Unfortunately, poaching and looting still go unpunished in this area in spite of existing laws against it. Each year, new damage is done to the wildlife by poaching and illegal harvesting. Our solution is to prevent poaching and looting by maintaing site guards who patrol and discourage disruption of the natural habitat in and around archaeological sites. The establishment of eco-tourism trails and camp infrastructure is a first step in preserving the integrity of this cultural landscape for future generations. 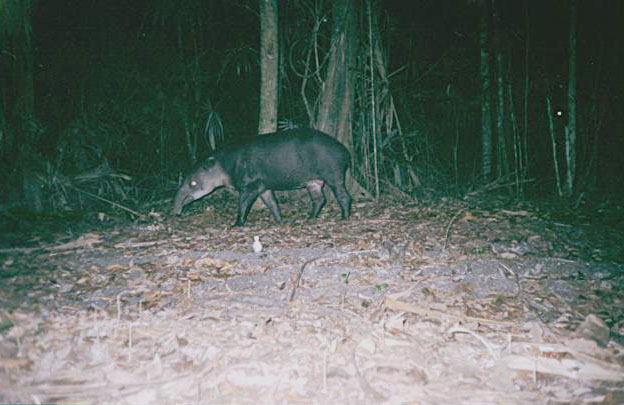 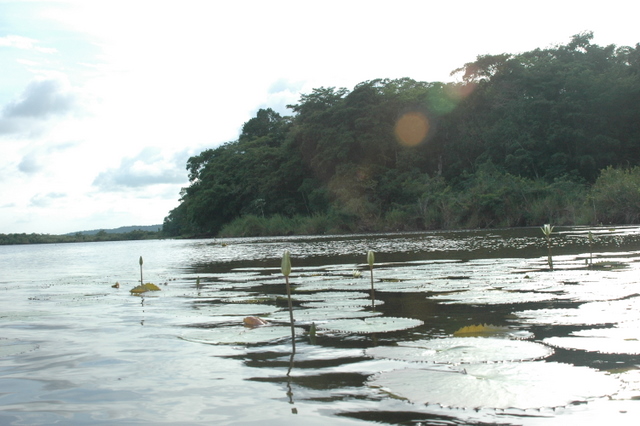 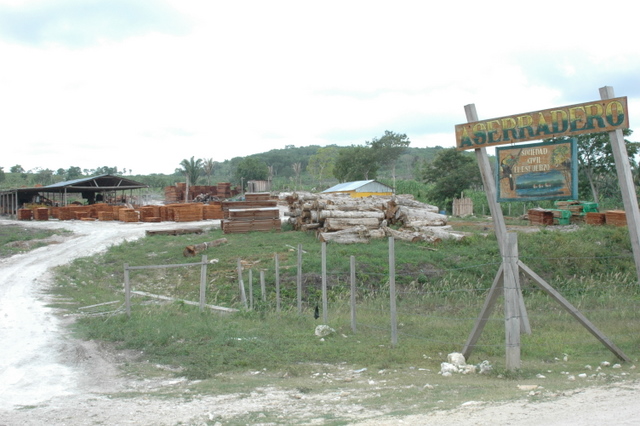